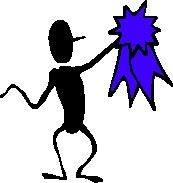 I think I’ve shared with you before that I was not the star P.E. student in my younger days. It was a struggle for me not to be last. And so it ended up that that became my goal: not to be last.

As I got older, I don’t want to say that I became more athletic, but I did begin to enjoy running and even started to enter races. At first my goal was to just finish. Once I realized that I could do that, I moved onto trying for a PR (personal record). The first time I broke 30 min for a 5k, I was elated.

Then soon after, it happened. Grace was upon me. I’d trained well and I’d entered a not-so-competitive race and viola – I placed in my age group! From then on a new standard was set. I wasn’t just trying not to be last, I was trying to be first.

There’s just something about being first that brings out the competitive spirit. When it comes to God, I want to be first. I want to do everything right so that the Almighty is happy with me. But sometimes I don’t train well and I don’t put my all into things and I realize that its not about being first. Its about being in the race and I’m a winner no matter where I place.