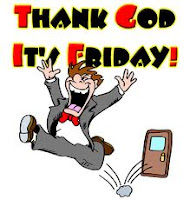 And the disciples were filled with joy and with the Holy Spirit. – Acts 13:52

So Paul and Barnabas go out clubbing. Or the 1st century equivalent in Antioch – the synagogue. Sure it was tame compared to the other places they could have gone but they knew there’d be lots of people. People they could mingle with and ask “Do you come here often?”

Depending on the answer to that pick up line might inspire the discussion that came next. Their first outing went really well. They got to talk about Moses, David, and Jesus. People listened. People liked it. People wanted more.

But getting kicked out for the right reason can make you joyous! How so?

1) They made a memory. I can just hear Paul and Barnabas in the next town. “You should have heard the crowd! They didn’t just ask us to leave. They threw us out! Hey Paul – remember when that one guy called you that bad word? Ahhhh good times!” Memories help us remember our passion, our purpose, and our plan.

2) They still took action. You can’t make the memory if you don’t take action. Action leads to joy! Get out there and do something! If you get thrown out, who cares?

3) The people took notice. I don’t believe that if they sent out a postcard to everyone in Antioch, there would have been as great a response as crashing the party one week in the synagogue and getting kicked out the next. When you make memories and take action, others notice what you’ve done. Sometimes they follow. Sometimes they don’t. But your message is remembered more and is clearer.

So its FRIDAY!!!! Get out there and share your passion and don’t worry about the consequences. The consequences for a passion with a purpose will take care of themselves.