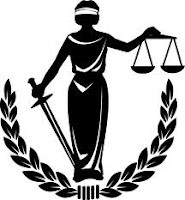 I should never have switched from Scotch to Martinis.
~~ Humphrey Bogart, actor, d. January 14, 1957

One who rules over people justly,
ruling in the fear of God,
is like the light of morning,
like the sun rising on a cloudless morning,
gleaming from the rain on the grassy land.
Is not my house like this with God?
For he has made with me an everlasting covenant,
ordered in all things and secure.
Will he not cause to prosper
all my help and my desire?
But the godless are all like thorns that are thrown away;
for they cannot be picked up with the hand;
to touch them one uses and iron bar
or the shaft of a spear.
And they are entirely consumed in the fire on the spot.
~~David, King of Israel, d. 970 BC

Davids last words were of God and justice. What would yours be?